Emissions: The Region began tracking their GHG emissions in 2009. The graph below displays their emissions data thus far.

Lighting Retrofit Update: The Region is currently in year 3 of the lighting retrofit program which includes 10-12 of the larger buildings including 99 Regina, Sunnyside Home, 150 Main and social housing, in the exteriors and common spaces.

Social Housing Portfolio: In 2017, the Region began renovation planning for the kitchen and bathrooms in social housing including replacing faucets, toilets and shower aerators.

Retrofitting & Recommissioning: The Region of Waterloo conducted a large LED lighting retrofit to 14 building, resulting in a reduction of over 2700 MWh and the avoidance of 155 tonnes of GHG emissions. The Region also recommissioned two buildings which resulted in diverting the use of 350,000 cubic metres of natural gas and 400 MWh of electricity.

Electric Vehicle Purchase: Purchased two electric vehicles for staff business travel and two charging stations as a pilot project to help reduce mileage reimbursement costs and GHG emissions. The Nissan Leaf and SmartforTwo EV were equipped with data loggers to track various usage data which will help the Region optimize the benefits of these fleet vehicles over time. Results for the 1st nine months of use include over $5,000 reduction in mileage claims and 90% of both energy cost savings and reduction of GHGs compared to staff driving their own vehicle for work.

Kitchener Transit Facility Expansion: An expansion to a Regional transit bus facility in Kitchener was recently completed and will operate with 50-60% less energy consumption. Energy efficiency features incorporated into this facility are expected to save an estimated $50,000 per year and include condensing boilers, variable frequency drives fans and pumps, radiant floor heating in addition to 1000 roof-top solar PV panels which can provide up to 315,000 kWh of emission-free electricity annually. Two 100,000 litre tanks were also installed on site to collect rain water for washing buses which will save 5,000 – 7,000 m3 of water consumption annually at a cost savings of $15,000 – $20,000 each year.

Waste Diversion: Diverted approximately 10,000 tonnes of organic waste from landfill (estimated to be 5,000 more than their base year value) which could avoid over 5,600 tonnes of GHG emissions.

Sustainability is a part of the Region of Waterloo’s Corporate Strategic Plan, Regional Official Plan and most of their Infrastructure Master Plans. The Region’s Environmental Leadership Committee meets approximately 3 times per year. Some of their successes include the creation of their Waste Management Master Plan, a Corporate Energy Plan, fleet program review and anti-idling pilot project.

ClimateActionWR Lead Organization: The Region is a founding partner of the project.

In terms of sustainability, some of their successes were that their landfill is successfully managed, and there is continuous expansion of transit services, such as the LRT. They are pursuing LEED Gold certification for their newly constructed Waterloo Region Museum, to be highlighted in terms of innovative building design practices, water reduction and protection as well as re-use of local materials. They are also a ‘lead organization’ in ClimateActionWR and a funding partner of the project.

The Region reached Milestone 5 by completing the FCM/ICLEI Partners for Climate Protection program. The Region also participated in numerous sustainability events including ClimateActionWR public forums as well as the Region’s annual EcoFest event. 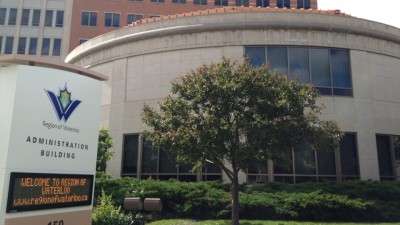