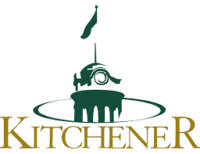 The City of Kitchener has been a municipal leader in environmental planning and stewardship for many years. The City’s mission is to ensure its environment is ecologically sound and supportive of the health, safety and well being of it’s residents. Through environmental policies and practices, green stimulus funding programs and grassroots initiatives, the city is leading by example by thinking globally and acting locally.

Emissions: The City of Kitchener began tracking their GHG emissions in 2015. The graph below displays their emissions data thus far.

LED Lighting Retrofits: Numerous LED lighting retrofits have been completed including: Duke and Ontario parking garage (including offices, elevator area and parking area), Kitchener Kids Museum, Kitchener Operations Low Base, portions of the outside lighting in the Centre in the Square, among others.

LED Streetlight Conversion: The City of Kitchener is converting over 16,000 streetlights to LED fixtures that include adaptive controls (smart sensors) that make-up a city wide narrowband network.

Waste Division: Plastic from storm and sewer pipes were previously being disposed of in waste bins. As of 2017, the City has found a recycler to avoid this plastic going into the landfill.

Sustainable renovations: 500 sq. ft. on nine floors of City Hall is shifting to broadloom to tile carpeting. The carpeting being removed will be recycled and the new tiles are stuck together at the corners, instead of using glues and VOC substances.

Sustainable Commuting Initiatives: Zero % interest loan were given to employees to purchase bicycles; they were also provided secure (cage) parking for bicycles at City Hall. A Staff Bike Ride was also hosted from City Hall to the Kitchener Operations Facility, which spanned 9kms. Free food vouchers for the staff BBQ were offered to employees using alternative transportation to work. An introduction to electric vehicles has also been made by having 4 electric motorcycles for bylaw officers.

Council adopted Multi-use Pathways and Trails Master Plan. The city-wide network of multi-use pathways proposed in the master plan will provide continuous and linked walking and cycling routes throughout Kitchener, building upon, expanding, improving and connecting the existing “community trails” encouraging the most sustainable form of transportation.

The Kingsdale Community Centre received LEED gold.  The 16,500 square foot facility that opened in Oct 2011 features five program rooms, a large gymnasium with an adjoining commercial kitchen and bar area, which are available for rental, and an outdoor splash pad.

The City of Kitchener Strategic Plan: 2011-2014 is our city’s blueprint for our future. The plan is the single, comprehensive strategy that guides and aligns the city’s work and spending with the community’s priorities and vision for its future. The plan has environment as one of six key priorities. 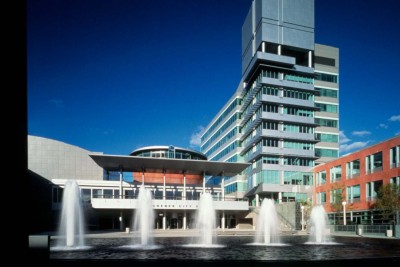