Could hemp be a vital source of energy in the future? With increasing concerns about how our primary sources of energy pollute the environment, research and projects are being conducted involving potential alternatives, including making batteries out of hemp.

What Are Hemp Batteries?

Hemp is technically from the same species of plant that psychoactive marijuana comes from. However, it is from a different variety or subspecies that contains many important differences. Compared to marijuana which is specifically cultivated for personal psychoactive use, it is nearly impossible to “get high” on hemp because industrial hemp has very low Tetrahydrocannabinol (THC) levels. Marijuana that can be smoked usually contains between 5-10% THC, while industrial hemp contains about one-tenth of that. As a result, you would need to smoke more than a dozen hemp cigarettes over a very short period of time to achieve any kind of psychoactive effect.

Though it would be difficult to get high on hemp, creating batteries out of hemp is not out of the question. Some of the environmental benefits of using hemp are that it has a  95.5% fuel-to-feed ratio when used for pyrolysis, the thermochemical process that converts organic matter into fuel. Its biomass also has a heating value of up to 8,000 BTU/lb., with virtually no residual sulfur or ash during combustion. Hemp is also currently the number one producer of biomass per acre in the world. Biomass energy expert Lynn Osburn estimates that 1 1/2 to 3 1/2 million acres of hemp would replace all of Canada’s fossil fuel demands. There are also agricultural benefits to growing hemp for batteries as well. Hemp is a very economical crop to grow since it requires virtually no pesticide applications. It is also relatively drought-resistant and UV-radiation resistant. This means it should not suffer decreased yields, unlike soya beans and corn.

How Can Hemp Batteries Make An Impact Globally? 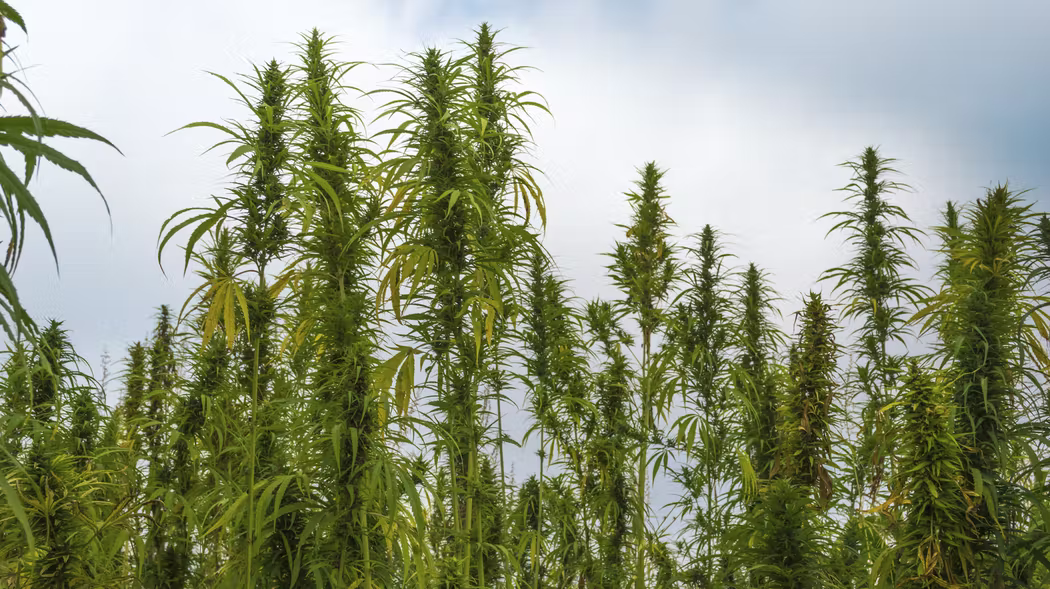 There are several projects taking place to research creating hemp batteries. One project has Texas-based startup Bemp Research Corp. developing a lithium-ion (Li-ion) battery alternative. Bemp is courting investors to raise capital to develop and commercialize its B4C-hemp – short for “Boron Carbide made from hemp” – lithium sulfur (LiS) battery technology. The prototypes of Bemp’s LiS/B4C-hemp technology, engineered and independently tested at The University of Wisconsin-Milwaukee (UWM), offer significant advantages over Li-ion batteries. The company asserts that commercial applications of LiS/B4C-hemp would overcome Li-ion battery challenges in terms of cost, weight, scalability, performance, and recyclability. Bemp founder Son Nguyen said that hemp was chosen as one of the core materials due to its durability, porosity, and low costs.

Another project involves Dr. Mitlin and his team from Clarkson University, New York, taking leftover hemp fibre and recycling them into supercapacitors. Conventional batteries store large reservoirs of energy and drip-feed it slowly, whereas supercapacitors can rapidly discharge their entire load. They are ideal in machines that rely on sharp bursts of power. In electric cars, for example, supercapacitors are used for regenerative braking. Releasing this torrent requires electrodes with a high surface area – one of graphene’s many phenomenal properties. Making hemp batteries or supercapacitors that are more powerful than graphene could be a great alternative to the current graphene that’s being used.

Though research into hemp batteries is still fairly new, it’s possible that it could be harnessed to be produced and used mainstream as an alternative to currently-popular batteries, especially since using hemp is more eco-friendly. Do you think hemp batteries could be part of the future? Let us know by tagging us at @SustainableWat!