There’s an old saying that the definition of insanity is to do the same thing over and over again and expect a different result.  As I poured over countless books, journal articles, and news releases on climate change while doing research for my MA in the summer of 2011, I could not help but feel that I was going a bit insane.  I was studying Global Governance at UW’s Balsillie School of International Affairs, and looked specifically at how international actors approached climate change as a security issue, development issue, equality issue, or anything in between.  Regardless of the lens applied on the problem, the end result is that international climate change negotiations have made minimal progress at best.  There just hasn’t been much impact.  Opportunities for improvement are fraught with vested interests, geopolitics, and—in many cases—lack of interest altogether. So when the opportunity arose to work with a locally-focused initiative that revolved around collaboration and tangible results, it was a refreshing break from the global frustrations.  I began volunteering with SWR in September 2011 and could immediately see that things were different.  The connection with local businesses went beyond lip-speak and knowledge exchange; the dialogue with local municipalities went beyond polite interest.  Members of the Regional Carbon Initiative were achieving tangible emissions reductions and celebrating that with the broader community, which was actually paying attention.

As a result of this success, the Region of Waterloo approached SWR in January of 2012 to help run its new TravelWise program.  TravelWise was a two-year pilot with up to 20 local employers to help employees walk, bike, take transit, and carpool to work more often.  The program was an obvious fit for SWR.  With 40% of Waterloo Region’s emissions coming from the transportation sector, there is a huge need for progress in getting people out of cars.  The environmental, economic, health, and development benefits are abundant.

I’ve been working on the SWR staff team since January 2012 on the coordination of TravelWise, which includes discounted transit passes, an emergency ride home program, carpooling software, events, reporting, and more.  To say the least, it has been an exciting two years.  Here’s a very quick snapshot of what we have accomplished:

Although we might not think about it, policies, programs, and corporate cultures at our workplace play a big role in determining our travel choices.  It’s the difference between having great bike parking, shower facilities, and incentives available for cyclists, and a co-worker asking whether you biked because your driver’s license was suspended.  Infrastructure is a key piece of the puzzle, but the company we work for is another big part.

As TravelWise continues forward, I am excited that SWR will be more closely involved as a partner.  Our experience working with the business community can bring insight, innovation, and credibility on how we can work with employers to encourage different ways of getting to work.  Alongside the Region of Waterloo, we’re providing information and services to encourage sustainable commuting, collaborating with employers to develop strong corporate cultures, gathering data to make informed decisions, and celebrating successes in a model similar to that of the RCI. 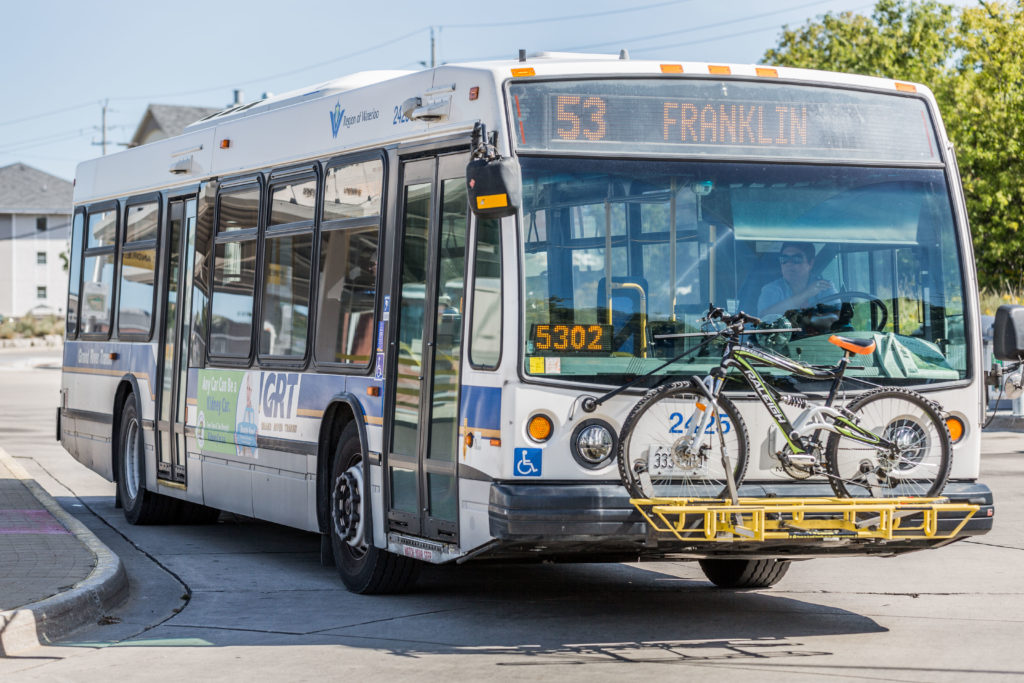 We’ve all heard people say something along the lines of “if we could only get big company X to get their employees to bike or take transit…”  Going forward, we’ll be doing just that: helping companies identify opportunities, set realistic goals and action plans, and connecting employees with the tools they need to make the switch.