With Excitement for What Comes Next 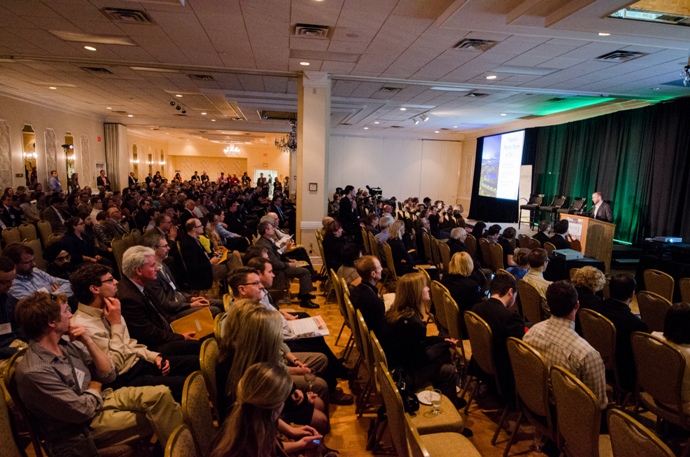 As a board at Sustainable Waterloo Region, we’ve been talking about my transition for over 2 years now. Why? I blame it on Evan Di Valentino.

Evan was the first one to ask me to share the SWR business plan, so that he could bring a program modelled after the Regional Carbon Initiative (RCI) to his community.

Maybe it was fitting then that last week, the same day that the SWR Executive Director (ED) position was posted, I found myself in St Catharine’s celebrating Niagara Sustainability Initiative’s 2nd Evening of Recognition with Evan and his team.

Since Evan’s first request, there have been over a dozen others like it, literally worldwide. And so this fall we’ll be launching Sustainability CoLab, a national network that will make it possible to share the RCI model with others. I’m excited to have more details to share with you soon.

Over these past couple of years though, all of us at SWR – board, staff, volunteers, interns – have been more formally readying the organization for this moment. Informally, we’ve been talking about the possibility of me ‘getting hit by a bus’ since the summer of 2008. We’ve always intended to build an organization that brought the best out of each contributor, while never becoming dependent on any one of us, myself included. In the last two years, we’ve been even more deliberate in our planning. So when people ask me ‘is SWR ready for this?‘, to be honest I feel a bit caught off-guard. From my perspective, I feel like saying ‘well, it’s about time, let’s get on with it already!‘

For me personally, the excitement is two-fold: first, I’m more aware than ever of the many ways that a national network will further fuel our collective efforts at Sustainable Waterloo Region. But second, I know that I’m uniquely positioned to mentor other communities and build new relationships on behalf of the wider network. And so, the timing just feels perfect.

That said, I know others may be thinking that with an ED transition and the launch of this new network, we might be taking away from the task at hand in Waterloo Region.

As I’ve said and written many times these past few months, make no mistake, Waterloo Region’s sustainability network is just at the cusp of something much bigger. This little experiment has grown exponentially since the days of scoping out unused meeting room space at Laurier’s School of Business & Economics.  We now have momentum that is yearning for even greater impact. This is not the time to be taking our focus off our important role in catalyzing this network – the SWR board knows this, our team knows this, and I certainly know this.

In fact, that’s one of the reasons why we’ve been working on SWR’s new strategic plan for almost a year  (to be released later this summer). I can’t wait to share with you our updated mission, clarity on our focus & approach, and the ways in which we foresee SWR fostering new sustainability collaborations in Waterloo Region: we’ve been hearing interest in leveraging SWR’s support for ideas that range from electric vehicle (EV) infrastructure support, to district energy systems, to a zero-impact sustainability incubator.

We have a big task in front of us. While I’m honoured to have received so many notes of congratulations recently, I almost feel like they’re premature. I feel like true congratulations will be in order when we’ve not only hired a new Executive Director that will take Sustainable Waterloo Region to new heights, but when this organization delivers on the impact we know the groundwork has been set for.

For now, we’re undertaking a wide search for an incredible leader. The kind of person that can mobilize a movement, lead the formation of new programming, and support the growth of existing efforts like the Regional Carbon Initiative, all the while focusing on finding new ways to improve the organization’s operational efficiencies.

Some people have been asking me how we expect to fill my shoes. While this is flattering, it’s missing the point. I’m transitioning to CoLab to keep doing what I think I can be best at. And at SWR, we’re going to hire someone that will be best at guiding this movement into the next chapter of its impact.

In that same vein, please pause for a second and think if you know someone that should consider this opportunity. Then, pass on this post to her or him, direct them to the job posting, or just share this more widely in your online and offline social networks. The posting will be up until Friday June 14th at noon.

With excitement for what comes next,

2 thoughts on “With Excitement for What Comes Next”